To share your memory on the wall of Franklin McFadden, sign in using one of the following options:

He was married for a short period of time to Kathleen (nee Scott) McFadden, which ended in divorce in 1988.

He leaves to mourn his loss: daughters Devorah & Crystal; and sons Frankie Jr., Davon and Vincent.

Private cremation has already been held. The family has NO public memorial service being planned as of now due to all the pandemic restrictions & limitations. But PLEASE still feel free to leave condolences now herein on the Memory Wall to express your sorrow, share your memories, and as an expression of sympathy & way to communicate with/offer comfort to the family, that they and others may see, and may be a lasting tribute in his honor.

NO flowers should be sent to the funeral home. As a lasting tribute, In lieu of flowers, you may choose to plant a tree, and/or a contribution may be made in his name/memory/honor to a charity of your choice. The Family Thanks You!
Read Less

To send flowers to the family or plant a tree in memory of Franklin W. "Frankie" "Mack" McFadden Sr., please visit our Heartfelt Sympathies Store.

We encourage you to share your most beloved memories of Franklin here, so that the family and other loved ones can always see it. You can upload cherished photographs, or share your favorite stories, and can even comment on those shared by others.

Posted Mar 06, 2021 at 06:20pm
To My Family, I pray that God will strengthen and give you comfort in the transitioning of my first-love and ex-husband; your brother Frankie. May you find peace in knowing that he is with Momma, Daddy and other beloved members of the family. My love and prayers are with you all. Kathleen Scott-McFadden
Comment Share
Share via: 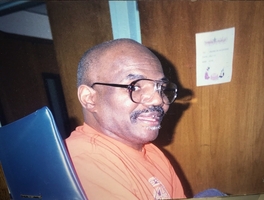 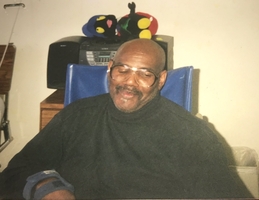 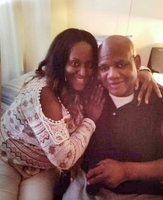