To share your memory on the wall of Bernice Wills, sign in using one of the following options:

One day she was invited to a party for a gentleman in the military. She was only 19 years old and almost didn’t go to the party. Her sisters encouraged to attend and there, in the house that sat behind her parents was where Lawrence Wills Sr (deceased) and his brother Andrew Wills (deceased) lived with their aunt. When both her and Lawrence met it was an instant connection and they became good friends, later on dated and then got married April 19th, 1947. They were married inside of her parents home and started their life together in holy matrimony. Her family immediately grew as Lawrence also had five siblings and over time most of them were married.

In 1949 they welcomed their first bundle of joy to the world, Marguerite Wills (deceased) and they realized that they wanted to grow their family and moved into their first and only house in South Ozone Park, NY in 1956 where she lived for 60 years before moving into assisted living. After Marguerite, they were blessed with their daughters Hilda Douglas, Dorethea Washington (deceased), Evelyn Washington (deceased) and Lawrence Wills Jr. Thank goodness they now had a beautiful home with a backyard to raise five children. Bernice often talked about how entertaining her household was and that there was never a dull moment in the Wills household! She was a wonderful Aunt and had a close relationship with her niece Fern Fisher and always considered her as another daughter. Her sister Harriet and Bernice raised their kids together. Bernice would go on to watch her children and niece do many things from professional dance, corporate leadership, education and law.

Bernice began working for the United States Postal Service in the late 60’s, where she later retired on January 2, 1987. She loved her work and colleagues. A few became very close friends over the years and even after retirement, kept in touch. In 1975 Bernice and Lawrence welcomed the first of six grandchildren, Serena Wills (daughter of Marguerite Wills), in 1983 Ayana Wills (deceased) and daughter of Dorethea Washington and was then adopted by Marguerite Wills, 1984 Christopher Douglas (son of Kirk and Hilda Douglas), 1989 Christina Wills (adopted by Marguerite Wills), 1997 Tyler Wills and 2001 Bryce Wills (son’s of Lawrence Wills Jr and Annette Wills).

After Bernice lost the love of her life Lawrence Wills Sr on April 8, 2001 at the age of 82, she said she made a vow to him to be around for the family a while longer and that she did. She wanted to live a full life, see more great things happen and enjoy retirement. In 2011 she was thrilled to welcome her first great grandchild Jordan Ince (son of Serena Wills) into the world. She had a milestone checklist for her grandchildren and now great grandchild and was able to see all of them accomplish so much and was very proud of each of them!
She was a loving mother-in-law to her son-in-law (Kirk Douglas, husband of Hilda Douglas) and daughter-in-law Annette Wills (wife of Lawrence Wills, Jr). She told them from the very beginning after the wedding to, “Please call me Mom.” She was always open to all to be a listening ear and a source of guidance. Bernice would say how much of a blessing it was to see the family grow and was blessed with her “in-loves.” They each incredible memories with her that will be cherished forever.

Throughout her 96 years she traveled to the Caribbean where she loved the warmth of the sun, would drive up and down the highway to Rhode Island with Lawrence to see his brothers, sister, nieces and nephews and every time they stepped a foot out the car, it was a party! She loved hanging out with her girlfriends Lillian Shay, Lillian Booker and Yvonne Lima, she loved shopping, bowled on a winning team for the US Postal Service, watched NFL and NBA games (oh yes she did) and her infamous game shows. Everyone knew not to call her between 7:00-8:00pm while she was watching Jeopardy and Wheel of Fortune.

Bernice Wills was the last surviving out of her siblings mentioned above and their spouses, her husband Lawrence Wills Sr and his siblings (John Wills, Alfred Wills, Dorothy Craighead, Fred Wills and Andrew Wills). She was a very strong woman after having to lay three daughters and a granddaughter to rest all before she closed her eyes one last time on Wednesday, November 18th, 2020. She prided herself on being healthy and striving to live a long life. She is loved and will be missed deeply by all of those she has predeceased including her daughter Hilda Douglas, son-in-law Kirk Douglas, son Lawrence Wills Jr and daughter-in-law Annette Wills, niece Fern Fisher and her children Sean (father of Zoey and Antonio) and Ashley Brandveen, granddaughter Serena Wills, Christopher Douglas, Tyler Wills and Bryce Wills and great grandson Jordan Ince (son of Serena Wills) and a host of family.

Her heart was open like a beautiful book that tells a loving story as she loved so many people, showed immense compassion and was an example of how someone could be strong, stand on God’s word and encouraged everyone to go after their dreams and be happy. As she shines down from heaven, she is a reflection of the bible verse in the first book of Corinthians chapter 13 as Bernice believed these three remain: faith, hope and love. But the greatest of these is love. Rest in eternal peace Bernice Wills.


The Entire Staff of Lee's Funeral Home, LLC respects that the family of Bernice Wills entrusted the care of their loved one to us, and that they value the level of service & attention our funeral home provides. We are honored, in turn, to provide comfort, assistance and service to the Wills family during their time of bereavement.

Please leave written and/or video condolences now herein on the Memory Wall to express your sorrow, share your memories, and as an expression of sympathy & way to communicate with/offer comfort to the family, that they and others may see, and may be a lasting tribute in her honor, & SIGN IN on the Memory Wall as a virtual way of signing a guest book.


Since private services have ended, No flowers should be sent to the funeral home. As a lasting tribute in her name/memory/honor, you may choose to plant a tree, and/or a contribution may be made to a charity of your choice. Thank you!
Read Less

To send flowers to the family or plant a tree in memory of Bernice Wills (Evans), please visit our Heartfelt Sympathies Store.

We encourage you to share your most beloved memories of Bernice here, so that the family and other loved ones can always see it. You can upload cherished photographs, or share your favorite stories, and can even comment on those shared by others. 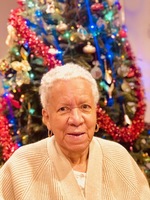 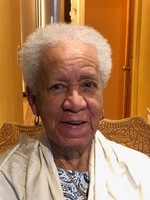